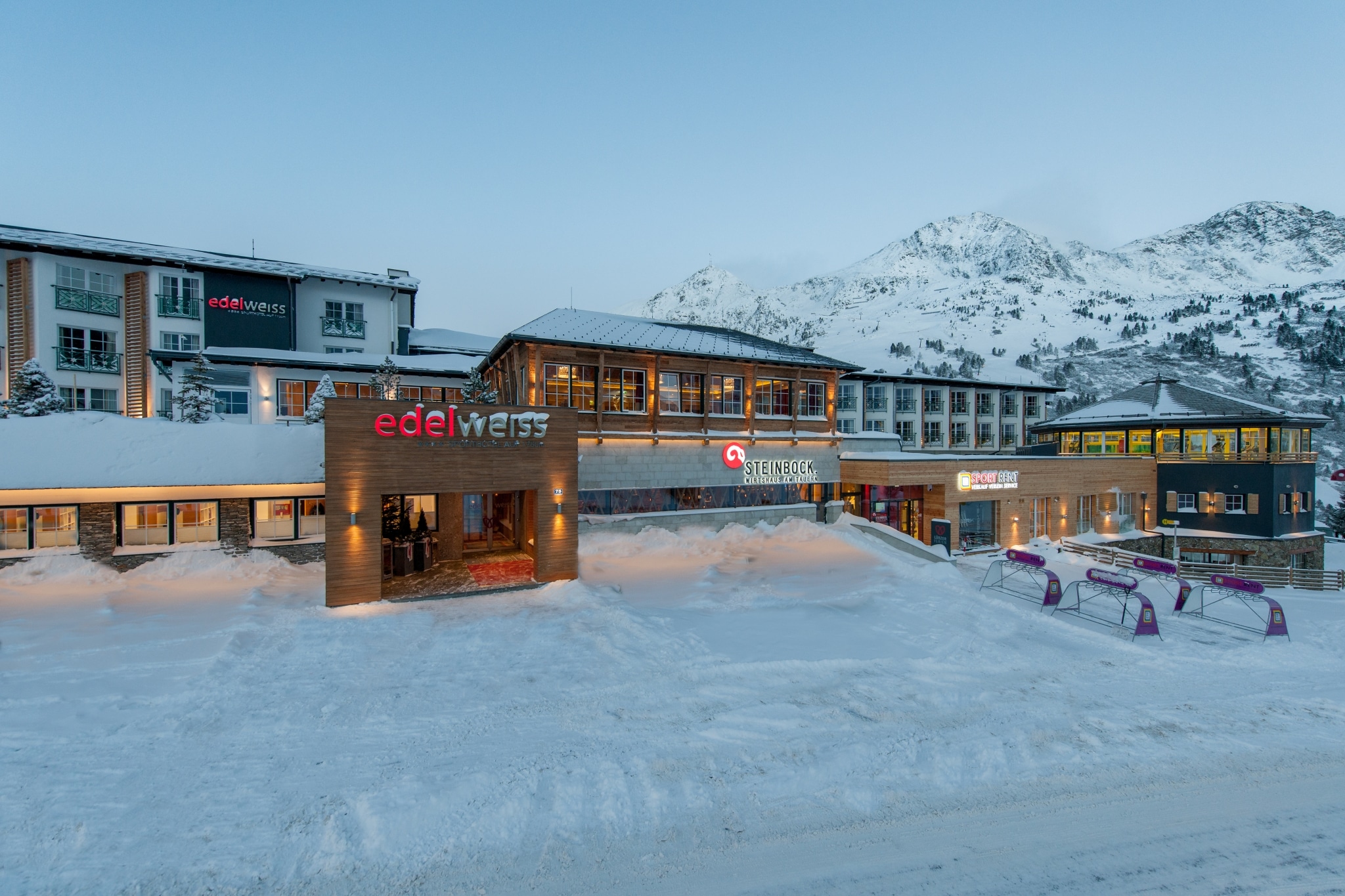 Where the beatles once slept.

Winter holidays directly at the slope

Come out of your daily routine – our family – run 4 star superior hotel “Sporthotel Edelweiss” is located in the middle of the center of Obertauern and directly at the slope.

From our hotel you will start an unforgettable winter experience with everything your heart belongs. For every “winter – fan” our hotel is definitely the best choice. The first class location enables an uncomplicated and fast access to the skier’s paradise Obertauern.

At our hotel your car is also on holiday – we offer free parking spaces. You can leave the car at the hotel’s parking zone for the whole holiday.
We also offer our own transfer company “FREUDENHAUS” for your arrival and departure.
Shops, boutiques, bars and restaurants are located in close vicinity to the hotel. You will depot your ski equipment safely at our ski cellar.

Enjoy your stay in Obertauern!

Already the beatles stayed at the Edelweiss!

From the 13th until the 21st of march 1965, the beatles stayed in Obertauern to shoot a view scenes for their movie “Help!”. Heribert Lürzer Senior was the double in the skiing scenes for Sir Paul McCartney. Help! was the commercial most successful film from the beatles with 29 million viewers in the first 6 months! Back then the beatles stayed at the Hotel Edelweiss – exactly at the rooms 214, 216, 218 and 219!

As you can see, the 4*Superior Sporthotel Edlweiss and Obertauern are historical at the music history.

If you want to, you can book the rooms where in 1965 Paul Mc Cartney, John Lennon, George Harrison or Ringo Starr stayed. 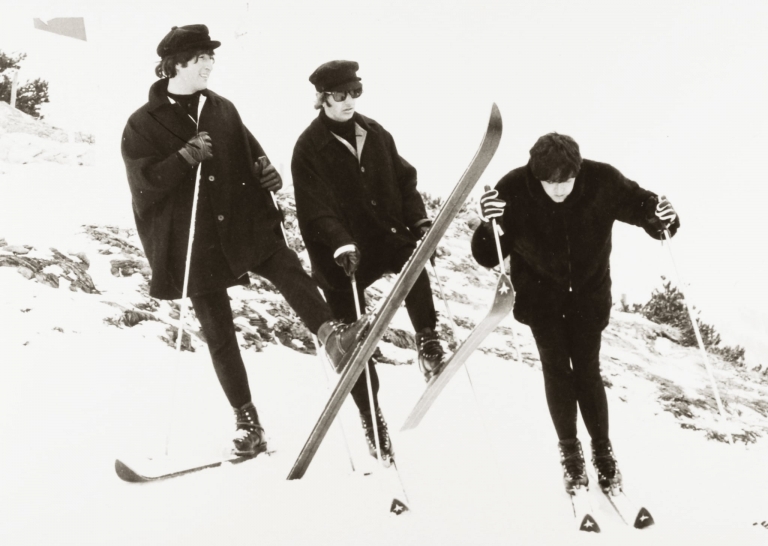 Enjoy the silence and comfort in your cozy room with an amazing panorama view, the classy suites or spacious apartmens.

Expect an comfortable holiday at our Sporthotel Edelweiss in Obertauern – for young and old! 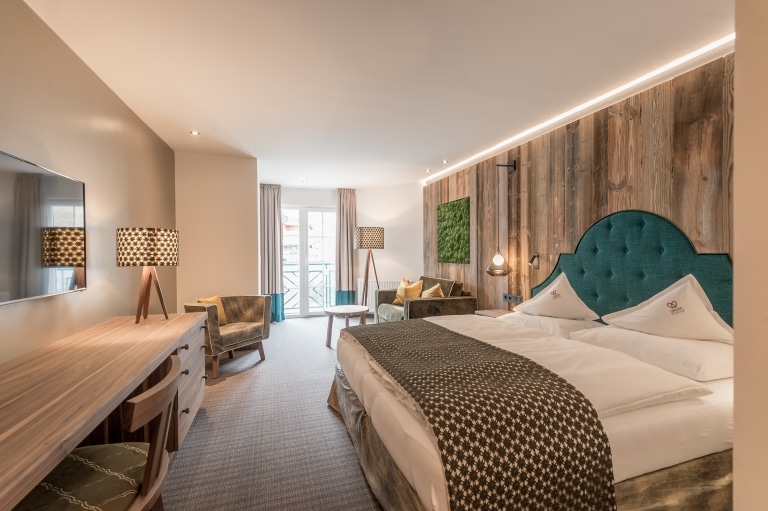 Our hotel with breakfast and dinner

Our breakfast buffet is varying with countless selfmade and local products– with everything that let your heart beat go faster.

In the cozy restaurant you can choose between three main courses from a culinary 4-course menu with a salad buffet and a cheese treat at the end. Our little guests are spoiled with special children’s menus. 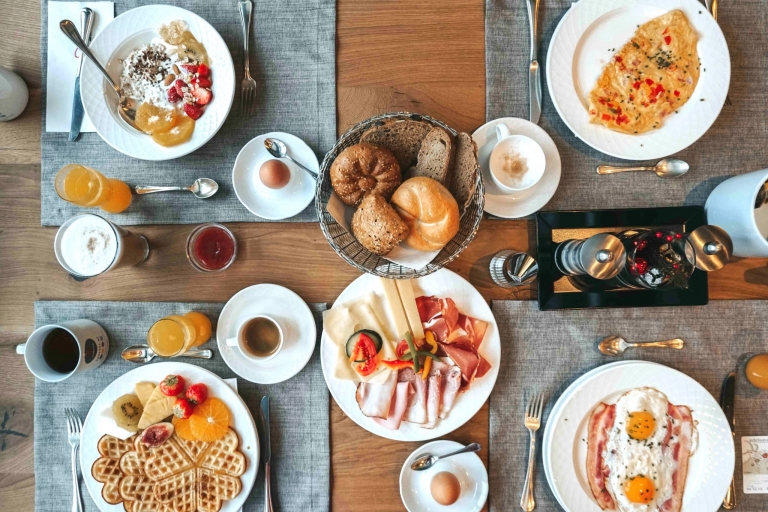 Welcome
at the
Edelweiss! 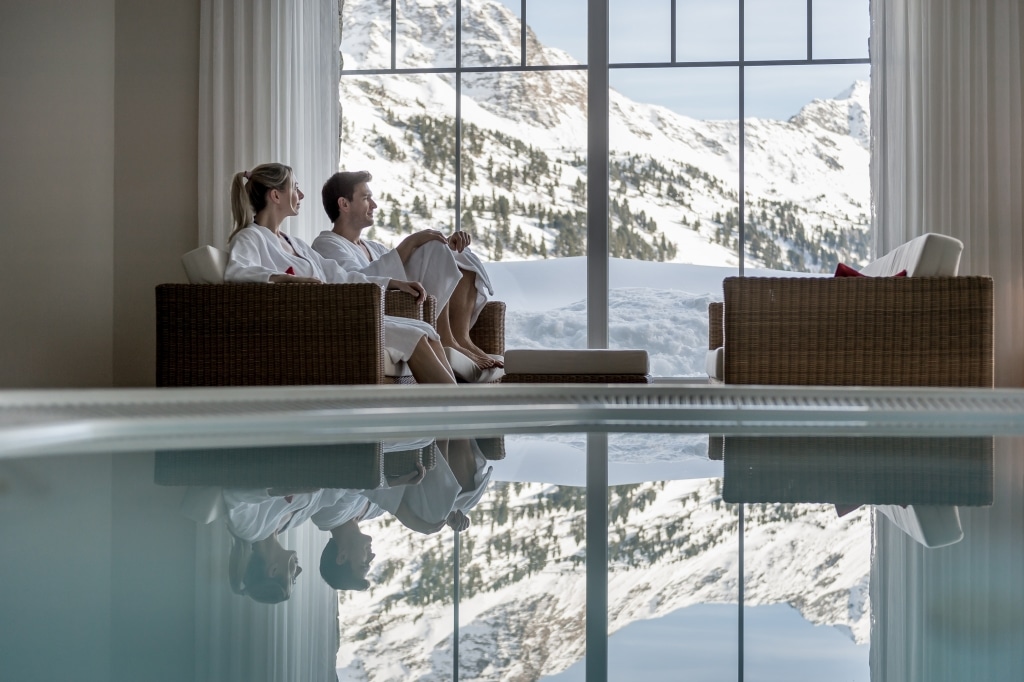 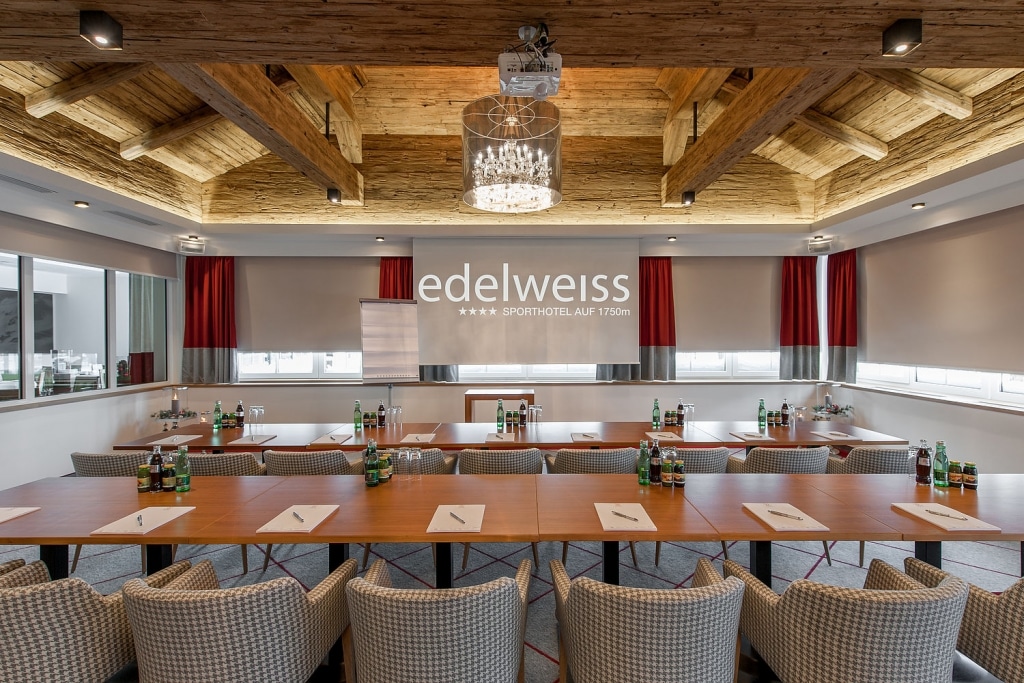 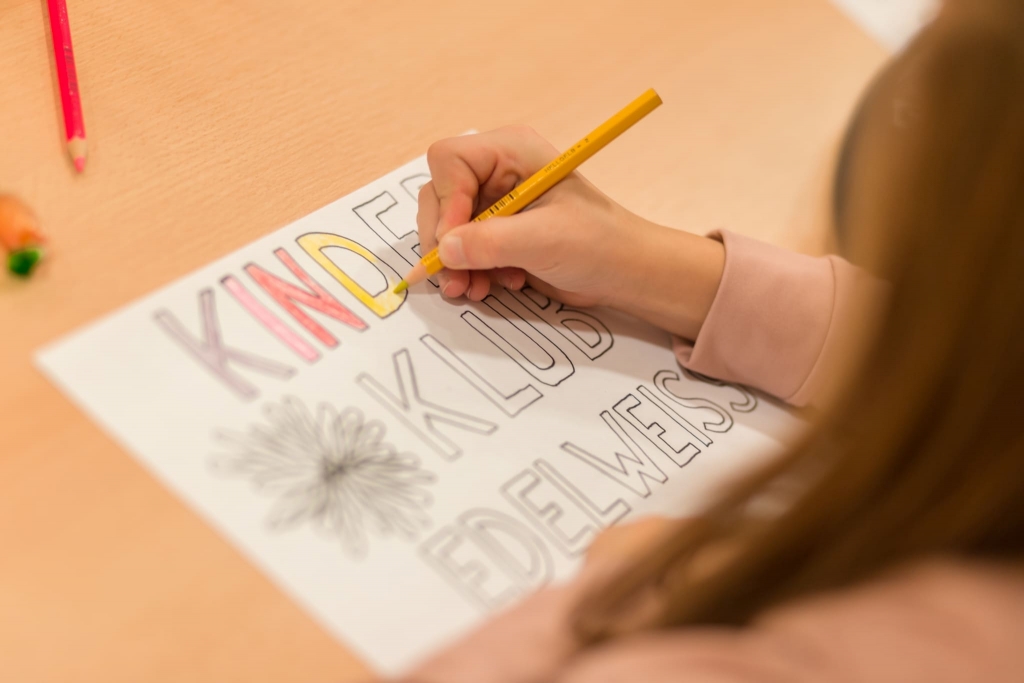 Ski rent directly at the hotel

A special higlight is our Freudenhaus ski rental directly at the hotel. Comfortable you will recieve your ski rental equipment and a lot of other accessoires for your ski holiday!
The best is to reserve online- there you will get an Earlybird discount! 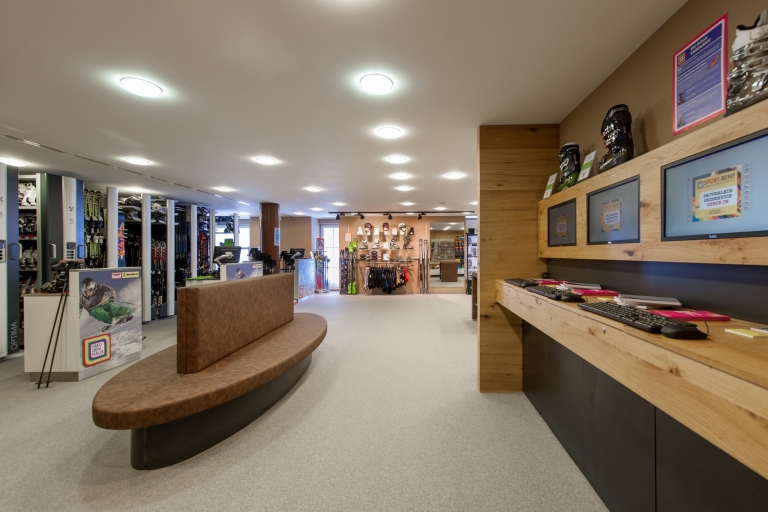 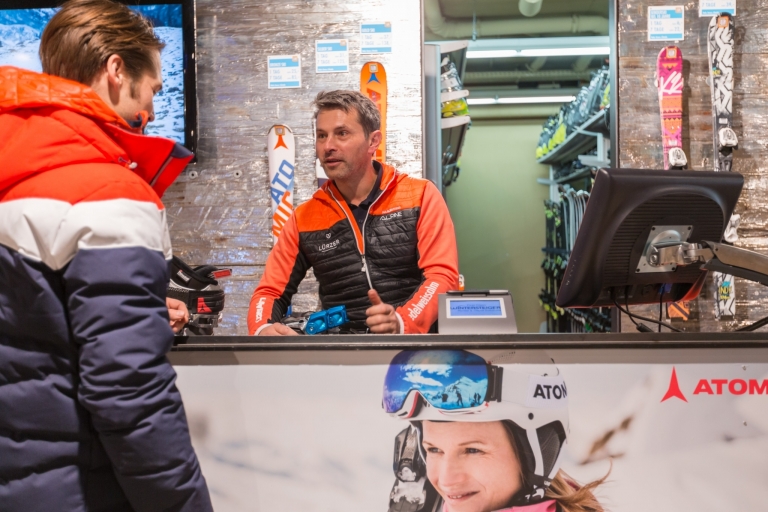 Ski lessons for your kids in front of the hotel

Directly in front of our hotel our smallest guests are learning skiing very easy. Kooperationg with our Ski school Frau Holle your kids will have the best instructors and also the lunch is included.
Read more 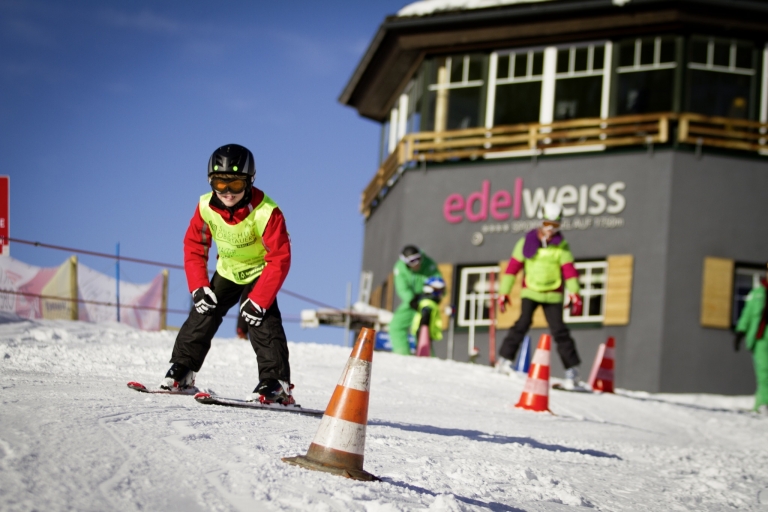